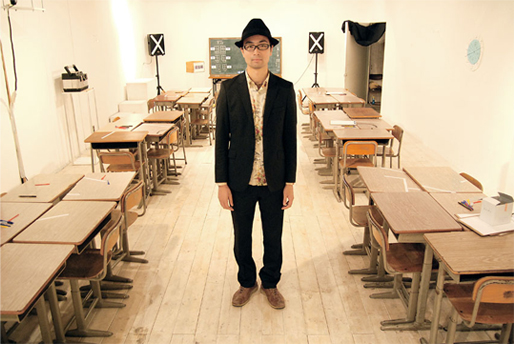 These days, I’m often asked “How did you come up with the idea of the REAL ESCAPE GAME?” I can’t say anything really cool. I just answer like this: “I was thinking about doing some kind of new event, and the girl sitting next to me said she was hooked on online Escape games, so I just tried to make one.” And that’s the truth. This kind of event that brings people to participate together has attracted a huge number of people, created excitement everywhere, and become very popular very quickly. When we held the first event in Kyoto, Japan, all we had was a small ad in a classifieds paper. In no time, all tickets were sold out.

The participants tried really hard to escape, but only 6 people out of around 150 participants actually managed to. Our REAL ESCAPE GAME was really difficult to finish from the very beginning. We then organized a pretty big game at a place called HEP Hall in Osaka. Again, all the tickets were sold just like that. The adventure progressed with things like dead bodies falling from the ceiling, infrared beam crossings, trying to find your way in total darkness, and games where you have to shine light on the wall with a mirror. Everyone went crazy over it.

We thought this might be something that was needed yet that had never been created anywhere before. We live in a world where we can theoretically do anything we want. It is, however, so difficult to really feel free in our actions and really have fun with others. When people are trapped with people they don’t know with challenges to solve, they are free to get really into it because they have control on the adventure. In the adventure, you can escape if you fulfill your role. The game was created so that anyone with good ideas, creativity, and good communication skills can manage to escape. But there aren’t many places like this around us. This place creates a kind of energy that was needed, yet never created anywhere else. When confronted with time limits and confined spaces, people think outside of the box and really have a blast.

We’re often asked “And now, what will you do?” And we always answer with a puzzled look: “Who knows?” We’ve created the environment for the adventure, but that doesn’t mean we’re the authors of our own adventure. We don’t know what the ending to our story will be or what kind of obstacles we will face. But we do know that people embrace our game and are really excited about it, so we will keep working to fuel this excitement, come up with new ideas and do everything we are asked to do.

I often think that the normal life we lead could become meaningful if we changed how we look at it. Imagine if there was a secret code underneath this desk, or if a key was hidden under the sofa, or if the young man next to you had a secret letter. If you look at the world as if it were an adventure like this, I think it would be kind of nice and mysterious. I always hope this new and engaging REAL ESCAPE GAME can make your life more thrilling. If this game could become a bridge between reality and adventure, we would be so proud of ourselves to the point we’d be satisfied with our lives even if we just got wasted on beer for the rest of our lives. 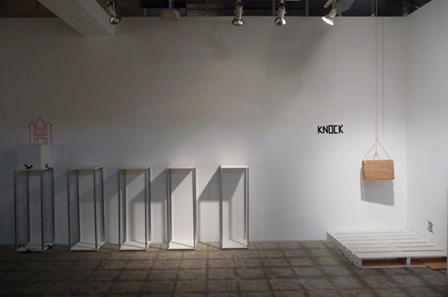 So are you ready to go on an adventure? It’s really easy. Just look at the world in the same way you look at the adventure. But if you can’t do that, you can come and join the REAL ESCAPE GAME. Reality and adventure are mixed here. And once you’re here, you will understand both better.